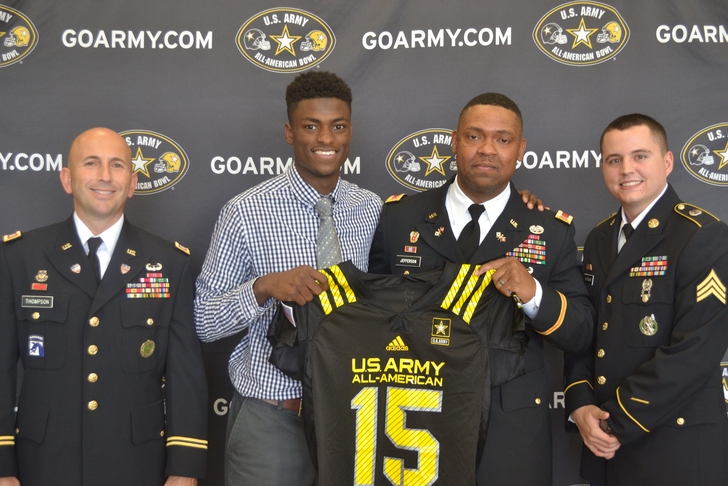 Oklahoma football is ready to move on from a dismal end to the 2014-15 college football campaign, and Bob Stoops and the Oklahoma Sooners coaching staff are already turning the page – focusing on the next wave of recruits on their way to Norman

Who does Stoops and the crew have their eyes on? Find out in our Oklahoma Football Recruiting: Rumors Roundup For Saturday 1/10.

Four-star Vandy commit to shuffle his official visit to Norman

The Oklahoma Sooners will have to wait to have a chance to meet with four-star Murfreesboro (TN) Oakland linebacker Josh Smith, as Smith as shuffled his official visit schedule, per 247Sports.

The current Vanderbilt commit was originally slated to come to Norman on January 16th, but Vandy is planning to gather all of its commits plus its top recruiting targets at the campus on that day.

No word has been given as to when the Class of 2015 standout will reschedule his visit to OU for.

According to a source cited by 247Sports' Barton Simmons, four-star Brentwood (TN) Ravenwood wide receiver Van Jefferson has decided to hold off on early enrollment with the Georgia Bulldogs.

The Georgia commit has be reportedly wavering on his decision, and the Oklahoma Sooners could very well have a chance to reap the benefits.

Per Simmons, "Jefferson is now likely to take two or three official visits in January and Florida, Oklahoma, Texas and Texas A&M are all candidates to get an official. Jefferson may also take another visit to Ole Miss unofficially. He already visited the Rebels officially for an eight-hour trip before the dead period."

Georgia remains the leader going away for Simmons with the commitment in hand, but don't be surprised if the Sooners make a run to flip him.