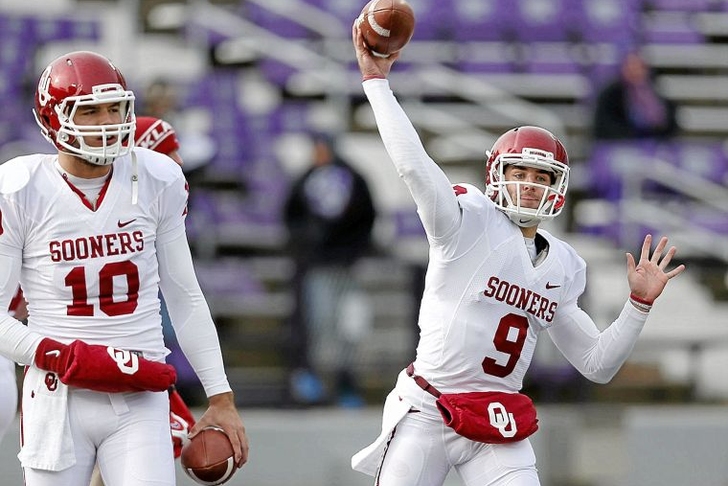 Oklahoma Sooners QB Trevor Knight will not be available this Saturday against Texas Tech, and Cody Thomas will start in his place.

There were rumors circulating Wednesday night that Knight would be out this weekend, but the news was officially confirmed by Bob Stoops on Thursday morning.

Knight was stretchered off the field last Saturday after taking a massive hit from Baylor's Shawn Oakman. The OU QB has been in a neck brace this week, but all tests have come back negative. Knight could reportedly return for the Sooners' game against Kansas on November 22, but Oklahoma hasn't released any information on his injury other than to say he won't be playing this weekend.