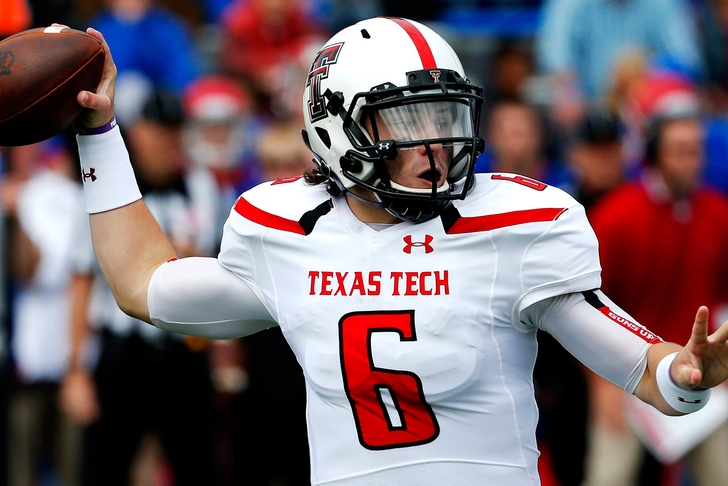 In this Oklahoma football news and rumors update, former Texas Tech quarterback Baker Mayfield's scholarship restriction was lifted by the Red Raiders' administration on Saturday. However, it's too late for it to matter in 2014.

According to Jason Kersey of NewsOK.com, "a source close to Mayfield told The Oklahoman that Texas Tech waited too long to act, meaning Mayfield can’t receive an OU scholarship this fall."

Texas Tech remains opposed to Mayfield playing for Oklahoma this year - something that likely played into the school's unwillingness to lift his restriction until now.

Per Kersey, "Mayfield decided to leave Texas Tech after not receiving a guarantee that he’d be Texas Tech’s starting quarterback in 2014, and he says Red Raiders coach Kliff Kingsbury hadn’t assured him he would receive a scholarship."

Kingsbury disputes Mayfield's claim, indicating that both Mayfield and his father were aware that the young QB was set to be given a scholarship.

Whatever the truth may be, the situation remains. The sophomore is set to lose a year of eligibility due to Big 12 rules involving in-conference transfers, meaning he could very well compete for a job with the Sooners in 2015...as a junior.