Oklahoma Football News: Sooners Lead Louisiana Tech 31-3 At The Half 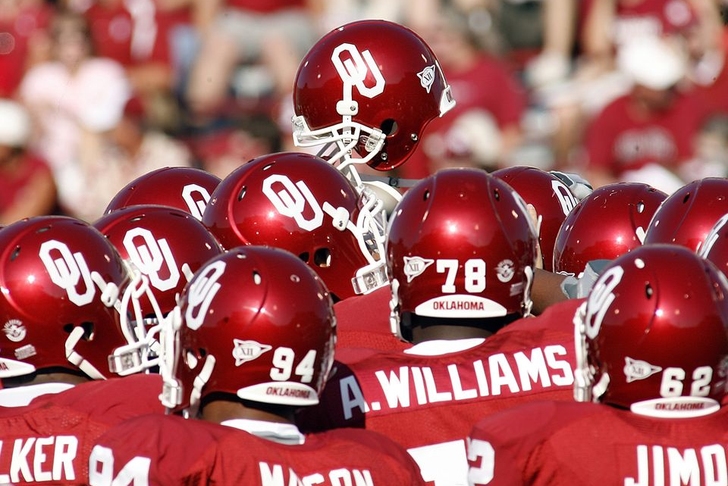 For Oklahoma, it was all about keeping the momentum alive.

The Sooners had no problem getting out to a fast start against Louisiana Tech - their first touchdown came less than five minutes into the first quarter, and they'd added two more by the end of the first quarter.

Quarterback Trevor Knight came blazing out of the gate, completing seven of his first nine passes for over 100 yards and a touchdown. Three Oklahoma running backs saw time in the first half - Samaje Perine, Keith Ford, and Alex Ross - and all three flashed major potential. Backfield depth is absolutely vital, and if Oklahoma is planning on a postseason run - which is a pretty safe bet - having multiple game-changing backs is going to come in handy later on in the season.

The Sooner also showcased depth in their receiving corps - Sterling Shepard ended the half with three catches for 43 yards and a score, and Alex Ross, KJ Young and Keith Ford all caught multiple balls as well.

Oklahoma was dominant on both sides of the ball in the first half, and could have easily hit cruise control midway through the second quarter. Bob Stoops isn't a fan of letting up the gas, though, and the Sooners entered halftime up 31-3 after a Louisiana Tech field goal put the Bulldogs on the board as the second quarter ended.

First Half MVP: QB Trevor Knight. 11/16 for 142 yards and a TD, Knight looked poised and assured in the pocket. If Knight can keep this up against higher-level competition, Oklahoma has to feel good about their chances at a playoff bid.

Second Half Prediction: Well, we don't see a comeback in the cards. Oklahoma's second string sees this one out, and we'd be absolutely floored if the Sooners don't win this one with ease.