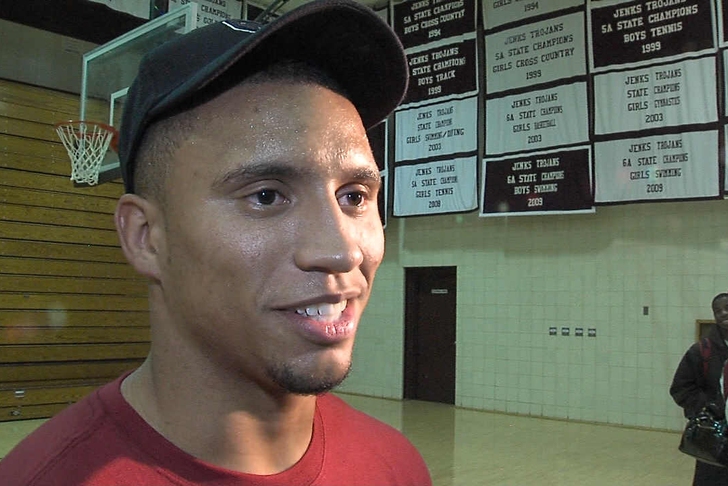 As the spring wears on, Oklahoma football news starts to get its first glimpse of what the Oklahoma Sooners football team will look like with sophomore starting quarterback Trevor Knight at the helm.

However, perhaps the most interesting story of the spring is that of soon-to-be redshirt sophomore running back Alex Ross, who is looking to put a tough start to his Oklahoma Sooners career behind him.

Per Ryan Aber of the Oklahoman, Ross landed in Sooners head coach Bob Stoops' doghouse in speedy fashion-- "In the fourth quarter of the season opener against Louisiana-Monroe, Ross got his first college carry — an 8-yard run around the edge. He finished it off by picking up a personal foul penalty after swinging at a Warhawks defender at the end of the play."

Ross did not see another carry until mid-November against the Iowa State Cyclones.

“I paid my dues and waited my time,” Ross stated last week. “I felt like I needed time to get acclimated to everything around here.”

Count starting quarterback Trevor Knight amongst those who truly feel that Ross can take the leap, and win a very intriguing battle for the starting running back spot come fall --

“Nobody’s going to outwork him,” Knight said. “He’s more of a quiet guy. He’s not much of a vocal leader but he leads by example. In the weight room, he’s a beast; in any running drill, he’s going to finish first every single time."

Whether he finishes next season as the Oklahoma Sooners' starting running back still remains to be seen.