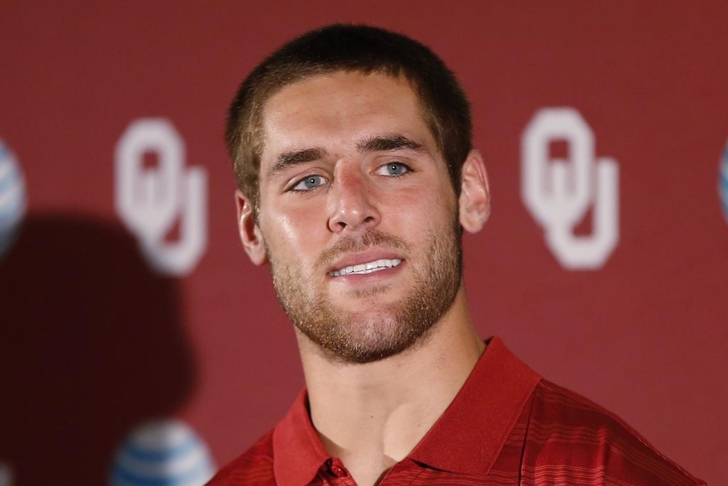 The Oklahoma Sooners may have lost more than just a football game against the Baylor Bears this past Saturday. It's possible that they lost starting quarterback Trevor Knight for this week's game against the Texas Tech Red Raiders due to a neck injury.

Per Kevin McGuire of NBC's College Football Talk, "head coach Bob Stoops told reporters there was no official update available for the starting quarterback. Stoops hopes to have an update to make a decision on Knight’s playing status later this week as Oklahoma prepares to play Texas Tech."

Knight suffered the injury in the fourth quarter against Baylor, forcing him to leave the contest. He did not practice with the team on Monday, but that doesn't mean much until official word is released on his injury status.

Also, according to McGuire, Stoops provided no updates on wide receiver Sterling Shephard or cornerback Julian Wilson. Shephard was out Oklahoma this past weekend due to a nagging groin injury. Wilson broke his thumb early during the game against Baylor and was eased into rest as the game went on.