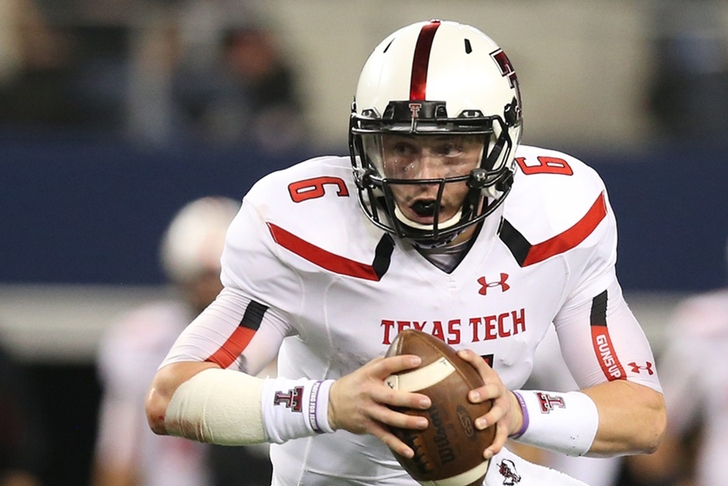 Can't get enough Oklahoma football news and rumors? Be sure to download our 5-star iPhone app today!

The Oklahoma Sooners will not have transfer QB Baker Mayfield on the sidelines in 2014 after he had his appeal for immediate eligibility denied by the NCAA and Big 12.

According to Kevin McGuire of NBC's College Football Talk (via information obtained by a report in The Oklahoman), "Big 12 transfer rules for players moving from one Big 12 school to the other will actually cost Mayfield a year of eligibility despite his status as a walk-on player at both Texas Tech and Oklahoma. Mayfield transferred from Texas Tech after being informed by head coach Kliff Kingsbury the Red Raiders would be going in a different direction at quarterback this fall."

Last week brought some confusion in regards to Mayfield's transfer status. One report even indicated that his appeal had been approved, meaning that he could have played in 2014 if the Sooners needed him.

However, with Trevor Knight the man in Norman, losing Mayfield for the 2014 season isn't as big of a hit as it could be if the quarterback position had been in flux.