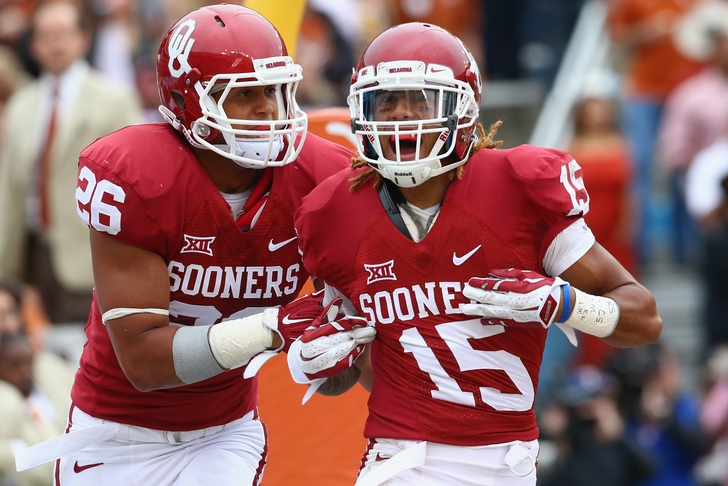 The Oklahoma Sooners came out of Saturday's game against the Texas Tech Red Raiders with a hard-earned 42-30 victory. However, the team's troublesome pass defense likely kept the game closer than it should have been in the long run.

The Sooners gave up 393 yards and four touchdowns via the air attack, prompting flashbacks from the team's painful blowout loss to the Baylor Bears last week.

“It was kind of a frustrating day,” defensive coordinator Mike Stoops said, via Ryan Aber of NewsOK.com. “It was just too many mistakes, not playing well enough in the secondary and that’s hard. That’s personal and we’ve got a lot of youth in the secondary, but that’s still our responsibility."

The Sooners did stiffen up, however, after a 47-yard touchdown strike from Texas Tech quarterback Pat Mahomes to Devin Lauderdale put the Red Raiders up 21-7. Oklahoma would outscore Tech 35-9 from there, watching the secondary finally step up and cinch down in coverage.

“It was just time to buckle down,” OU cornerback Zach Sanchez said. “We can’t give them things — gifts like that. We can’t let little mistakes happen like that anymore. It was an attitude thing.

“A couple of guys spoke up and kind of got on each other like, ‘Come on, pick it up. This isn’t us. We need to step up and make plays again.’”