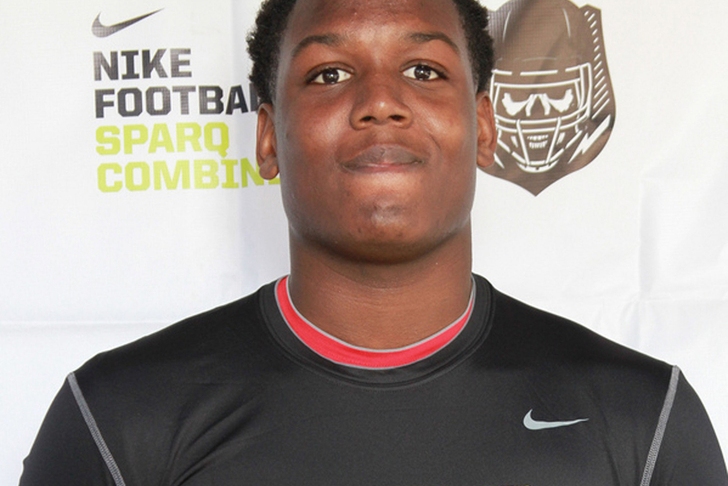 Want all the latest in Oklahoma football news and rumors? Download our 5-star iPhone app today!

Despite being ranked as just a two-star prospect by Rivals.com, Oklahoma Sooners defensive line commit Tyrell Jacobs turned down the likes of the Kansas State Wildcats, Tennessee Volunteers, and Arkansas Razorbacks in favor of OU.

"I really like Oklahoma," Jacobs told the New Orleans Times-Picayune, via Jason Kersey of NewsOK.com. "It reminds me of Rummel. It's a family environment and they play team ball. I feel like they are close to winning a championship this year or next."

He also told the Times-Picayune that his commitment to Oklahoma is solid, and that he will likely take his official visit to Norman for either the Baylor game or the Oklahoma State game.

The 6'4", 285-pound defensive force is also playing for a winner right now at Rummel High in Metairie, La. They are 3-0 in 2014, and are currently in search of their third-straight Louisiana state title.