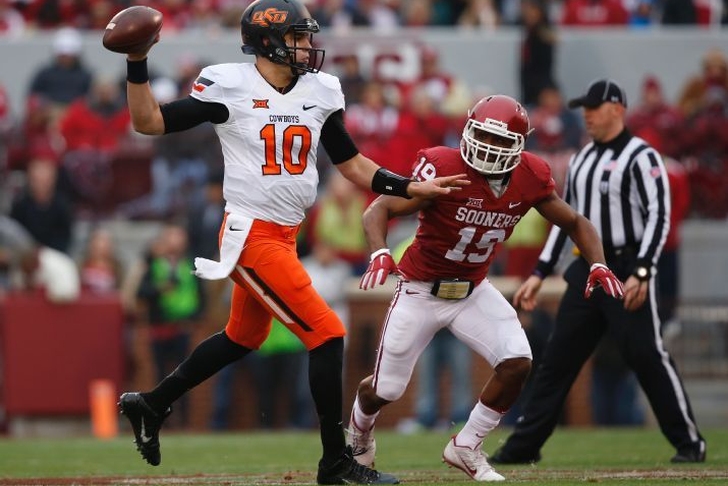 Both sides came out strong in the first quarter of Bedlam, but Oklahoma was able to pull away and take a 28-14 lead into halftime. The Sooners seemed to have control of the game, but Oklahoma State scored two touchdowns in the last five minutes to tie the game and send it into overtime, where they used their momentum to steal a win.

Cowboys WR Tyreek Hill returned a punt 91 yards for a touchdown with less than a minute left in the fourth quarter, tying the game in dramatic fashion. That seemed to stun Oklahoma, and they were unable to recover in overtime.

Oklahoma State's offense was much more explosive than Oklahoma's, as shown by their 273-120 passing yardage advantage. The Cowboys' four touchdown drives all lasted less than four minutes, which proved vital to their comeback.

Freshman running back Samaje Perine followed up his record-setting 427 yard, four touchdown performance against Kansas with 151 yards and two touchdows on just 26 carries. Safe to say, the Sooners have found their star for the next few seasons.

Quarterback Mason Rudolph had a good game for the Cowboys, passing for 273 yards and two touchdowns, but Hill gets the award for his incredible punt return. He also got six passes for 22 yards in the game.

Oklahoma State's win makes them bowl eligible, so both sides will wait and see where they'll be playing this postseason.

The 3 Most Likely Bowl Destinations For The Oklahoma Sooners