Halftime Quick-hitters: Oklahoma and West Virginia Tied 24-24 at the Half 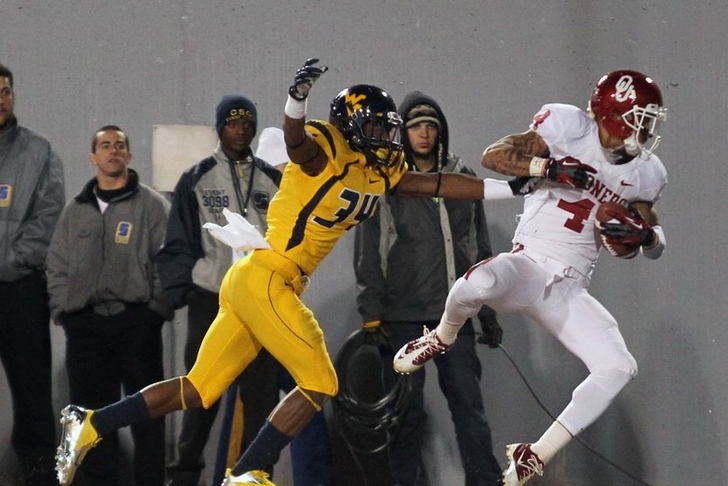 The Oklahoma Sooners head into a Big 12 showdown against West Virginia.

The Mountaineers are looking to pull off the upset at home against the number four team in the country behind quarterback Clint Trickett.

Both offenses took some time to find their footing, but Trevor Knight and the Sooners broke through for a field goal late in the first quarter for the first score of the game.

Trickett and the high-powered West Virginia offense struck for their first score just minutes later, as he connected with receiver Kevin White for a 68 yard touchdown pass.

Even against a tough defense, Trickett had an impressive first half, completing 11 of 21 passes for 211 yards and two touchdowns.

White has had much to do with that success, hauling in four receptions for 111 yards and a score.

The Sooners have had some good plays offensively, but Knight is averaging just 7.2 yards per attempt with 143 and has had trouble finding his targets over the middle.

Knight has a touchdown reception in this game, catching a four yard pass from receiver Durron Neal on a trick play.

Samaje Perine has had success on the ground, rushing for 111 yards on 14 carries with a score.

Oklahoma's special teams helped with a kickoff return for a touchdown that tied the game late in the half.

Stat to keep an eye on: The Sooners have allowed 24 points and 286 yards in the first half. Coming into the game, Oklahoma had allowed just 11 points per game and no more than 16 total.