The 5 Toughest Games On Oklahoma's Football Schedule In 2016 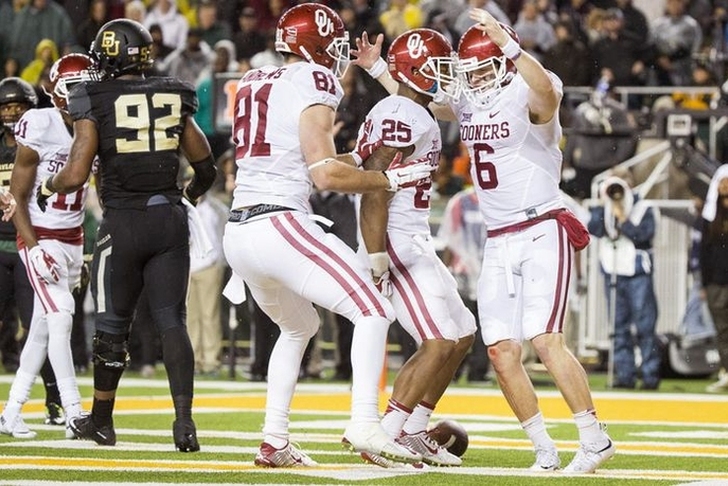 College football's unique in that a single loss could mean the difference between a conference championship (or the ultimate regular-season goal, a College Football Playoff spot) and becoming an also-ran in the FBS ranks. The Oklahoma Sooners have every expectation of returning to the playoff this season, so they absolutely can not afford to have any bad games. Here are OU's five toughest games heading into this year:

5. at TCU Horned Frogs (October 1st)
TCU is expected to take a step back in 2016 after losing star quarterback Trevone Boykin to the NFL. However, this will still be a tough road game against a team that is used to being at the top of the conference.

4. Oklahoma State Cowboys (December 3rd)
The Sooners knocked off Oklahoma State in what essentially served as the Big 12 Championship game last year, and you know the Cowboys have this date circled for revenge.

3. Baylor Bears (November 12th)
We still don't know how Baylor will look on the field without Art Briles, but the Bears still have a roster that will compete for a conference title and playoff berth. This will be Oklahoma's toughest conference game.

2. Houston Cougars (September 3rd)
Talk about a serious non-conference schedule. Oklahoma starts the year playing in NRG Stadium against hometown Houston, who return virtually every key player from last year's team that won the Chick-fil-A Peach Bowl. The Cougars are looking to crash the playoff party themselves, and this is their best chance to pick up a marquee win.

1. Ohio State Buckeyes (September 17th)
It doesn't get any better than this. Two blue bloods square off in an early season showdown, and what would be a playoff preview. Luckily for the Sooners, this game is a little bit easier because it's at home.