3 Reasons Why Oklahoma Will Beat Ohio State This Weekend 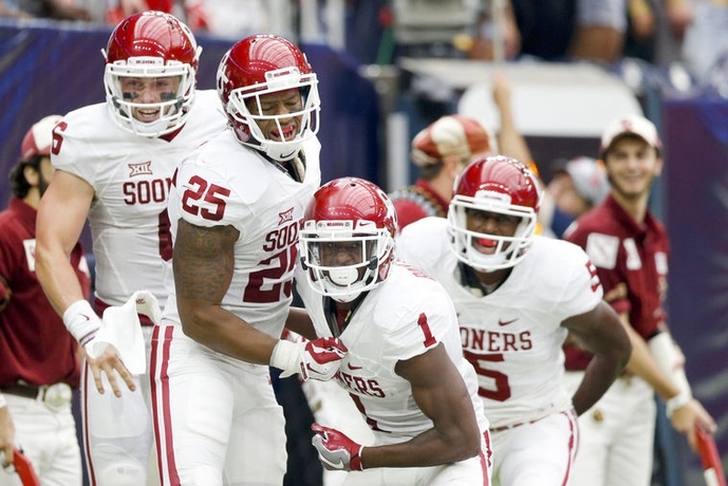 The Oklahoma Sooners are set to host Ohio State in one of the biggest games of the college football season so far, giving the Sooners another chance to solidify themselves as one of the country's top teams. Even though the Sooners (somehow) enter the game as the betting underdog, there is plenty going in Oklahoma's favor. Here are three reasons why they'll win this game:

3) Home-field advantage
We'll just go ahead and get this out of the way now - no one comes into Gaylord Family Oklahoma Memorial Stadium and walks away with a victory. The Sooners are 96-7 at home under Bob Stoops, a level of dominance that other teams can only hope to match. Ohio State is the best team to come into Norman in some time, but there's no reason to believe their fate will be any different than the other teams who came before them.

2) Explosive offense vs. inexperienced defense
Ohio State is breaking in eight new starters on defense, and this is their first real test. Playing teams like Bowling Green and Tulsa doesn't tell you how good they are, and Oklahoma's offense is the kind of explosive unit they haven't seen before. Baker Mayfield will exploit the weaknesses in this inexperienced secondary, while Samaje Perine and Joe Mixon simply run over them. Offensive coordinator Lincoln Riley is the best in the business, and he'll have an excellent gameplan that will confuse the inexperienced Buckeyes.

1) Playing with urgency
Simply put, Oklahoma needs this game more than Ohio State does, and they'll play like it - especially in front of their home fans. The Sooners know they need to win this game to keep their College Football Playoff hopes alive, and that will give them the extra motivation they need to do the little things - fight for extra yards, hit a little harder, make sharper cuts - that the Buckeyes won't.