3 Reasons Why Oklahoma Should Hold Their Heads High 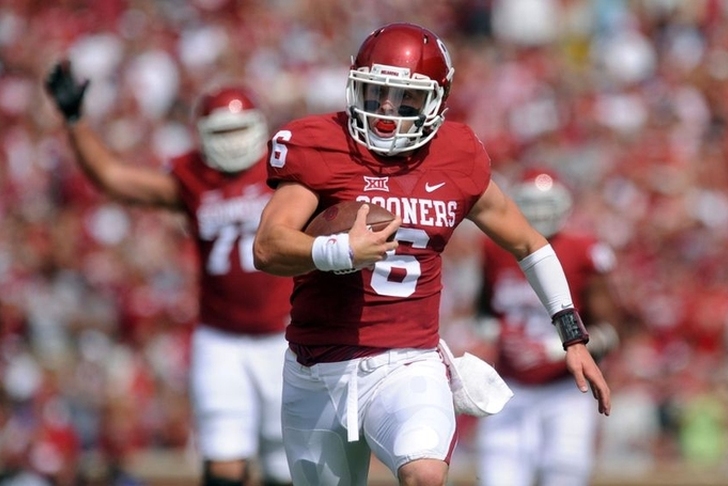 The Oklahoma Sooners came up short in their bid for a College Football Playoff Championship, falling 37-17 to the Clemson Tigers. OU actually led at the half, before the Tigers ran away with the game late. While everyone that loves the Sooners is likely still feeling a bit down about the loss, they should be proud of their team. Here are 3 Reasons Why Oklahoma Should Hold Their Heads High:

3. This Was A Great Season
The Sooners had one bad game; an upset loss at the hands of Texas. Even that game wasn't enough to ruin what was a great season. Sure, Oklahoma wanted nothing more than to beat Clemson, but that doesn't take away from their season. The year was full of spectacular moments. Coming back and beating Tennessee in double OT. Beating Baylor, TCU (in thrilling fashion) and Oklahoma State in the final three games of the season. Dropping 50 or more points six times. The Sooners came up short against a great Clemson team, but few teams had a better season than OU.

2. Don't Lose Much Talent
The Sooners don't lose that much talent this offseason. They'll miss great players like WR Sterling Shepard and DE Eric Striker, but the Sooners will be able to reload. There's plenty of quality talent the team will lose, but OU had just 12 seniors on it's two-deep. A few juniors could turn pro, but the sour taste of losing in the college football playoff semifinals could be enough to help convince talented juniors like Dominique Alexander, Jordan Evans and Ahmad Thomas to return. With so much talent returning, the Sooners will be a great team again next season.

1. CFP Contenders Next Season
The Sooners don't lose that much talent, and return their three most deadly offensive players. QB Baker Mayfield, RB Samaje Perine and RB Joe Mixon all return next year. That tremendous threesome combined for over 6,000 yards on the ground and in the air. Mayfield will be a Heisman contender and both Perine and Mixon could start on most teams. The Sooners are going to be loaded next season, and they'll be serious threats for the national championship. Coming up short this year hurts, but the Sooners and their faithful should be feeling great about next season and their performance this year.