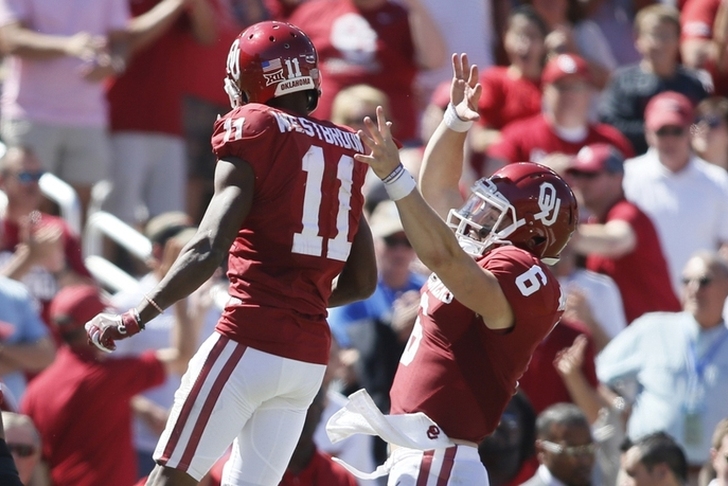 The Oklahoma Sooners were left out of the College Football Playoff despite winning the Big 12 for the second straight season, and they are determine to prove they're one of the nation's elite teams - and they'll prove that in the Sugar Bowl against Auburn. Here are three reasons why Oklahoma is guaranteed to win:

3) Auburn's lack of a passing game
The Tigers rank sixth in the country in rushing yards per game, but have an absolutely putrid passing attack, ranking just 112th in that category. It's not unusual for Auburn to rotate three different quarterbacks throughout the course of a game, and none of them have had a lot of success this season. In total, they have thrown for just 11 touchdowns this season - less than one per game. Without the threat of a passing game, Oklahoma will be able to stack the box and stop the run - and Auburn won't be able to counter that.

2) Oklahoma's explosive offense
The Sooners rank third in the country in points scored, and rank in the top 20 in both passing yards and rushing yards - one of a select few teams that can stake that claim. Both Baker Mayfield and Dede Westbrook were Heisman finalists, and Joe Mixon and Samaje Perine present a two-headed backfield monster that no team can stop. They have scored at least 34 points in every game during their current nine-game winning steak, and their offense should have continued success in this one.

1) Oklahoma's proven track record
Auburn comes into this game with just one win over a team currently ranked, and come into this game having lost two of their last three games. On the flip side, the Sooners are coming off two straight wins over teams that finished ranked in the top 16. Plus, OU has won nine games in a row - including six of their last seven by double digits. They're simply playing better right now.