3 Burning Questions For Oklahoma Football In 2015 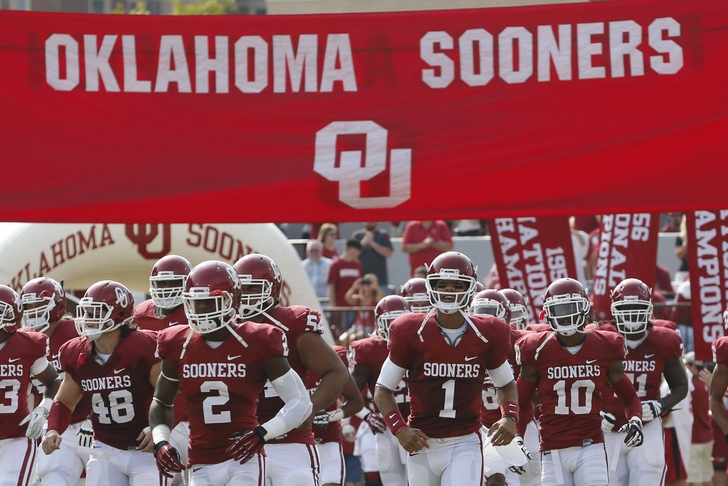 The Oklahoma Sooners want to put their late collapse during the 2014 college football season behind them, and with plenty of returning starters, Oklahoma should compete for a berth in the College Football Playoff this year. However, that doesn't mean there aren't a few questions the Sooners still need to answer:

1) Can Trevor Knight hold onto the starting quarterback job? Knight’s MVP performance in the Sugar Bowl at the end of the 2013 season signaled bigthings to come, but a season-ending injury and struggles in 2014 has raised questions about his durability and consistency. Now Knight has to fight just to keep his starting job with Texas Tech transfer Baker Mayfield breathing down his neck, who also has starting experience in the Big 12.

2) What will Joe Mixon bring to the table? The 2014 five-star recruit was suspended for the entirety of last season after an off the field incident, but coaches and players alike have celebrated his work ethic and attention to detail upon his return to the program. While he’s unlikely to unseat Samaje Perine as the feature running back, he could very well earn some signficant playing time if he can put the past behind him and utilize his talents to full capacity.

3) Can OU band together after a campus-wide controversy?

On March 8th, a cellphone video hit the Internet that showed members of since-disbanded Sigma Alpha Epsilon fraternity chapter chanting derogatory statements about potential black pledges, even going so far as to reference lynching. Oklahoma players have been peppered with questions after this disturbing scandal, and it’s going to take a heck of a lot of focus to put the situation in the rearview mirror. Look for them to band together in 2015 behind this issue, or they'll fall apart.

Follow our Oklahoma Sooners team page for the all latest Sooners news and rumors!