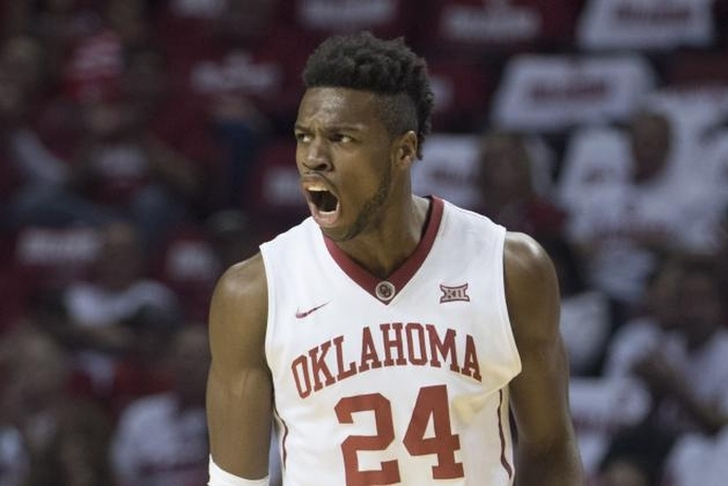 The Oklahoma Sooners were determined not the become the second No. 2 seed to fall to a No. 15 seed today, holding off an outstanding effort from CSU-Bakersfield on their way to the 82-68 win.

Star Buddy Hield continued his fantastic season with a game-high 27 points, but it was Bakersfield's 45.6 percent shooting that kept them in this one - their first NCAA Tournament appearance in school history

The Roadrunners never fell too far behind the Sooners in the first half, then a 10-2 run gave them a 46-45 lead in the second half. However, that lead didn't last long - Oklahoma responded immediately with a 10-0 run and never looked back. CSU-Bakersfield was able to cut OU's lead down to four on several occasions in the second half, the Sooners always had the answer before pulling away with a three-point barrage late.

Three-point shooting was ultimately the difference for the Sooners - which is far from unusual. They made 10 on the game as a

Isaiah Cousins served as a nice complement to Hield for Oklahoma, as he has all season, scoring 16 points to go along with three rebounds and four assists.

Center Aly Ahmed did his part for the Roadrunners, scoring 16 points with eight assists. Senior forward Kevin Mays also stepped up for Bakersfield with 14 points and seven rebounds.

Oklahoma now advances to the second round, where they will face (10) VCU on Sunday afternoon.