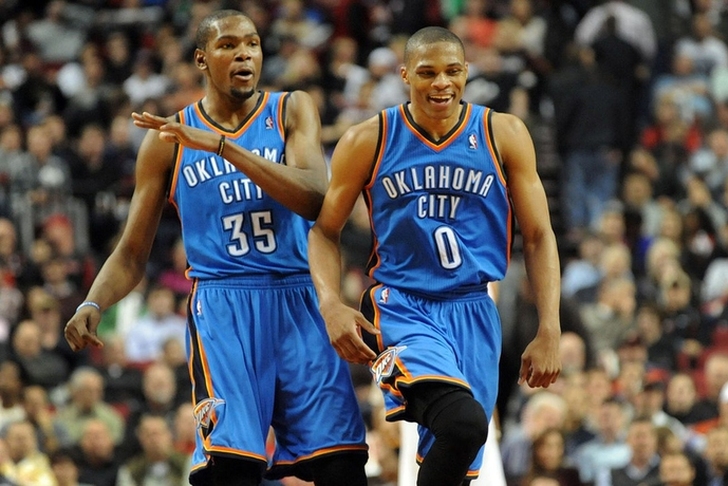 After the game, officials admitted they missed an offensive foul call on Dion Waiters that cost the San Antonio Spurs possession, and possibly the game.

The Oklahoma City Thunder lost by 32 points in Game 1 of their series with the San Antonio Spurs. But Game 2 was a completely different story, as the Thunder picked up a 98-97 win.

OKC was hot early and led by as many as 13 in the first quarter. The Thunder led by nine in the fourth quarter, but the Spurs hung around throughout the contest. San Antonio cut a four-point the lead to one with 13 seconds left after LaMarcus Aldridge was fouled on a 3-point shot. He made all three free throws. The Spurs nearly scored in the final seconds after an OKC turnover, but were unable to do so.

Kevin Durant and Russell Westbrook once again led the Thunder. Durant had 28 points, seven rebounds and four assists. Westbrook had 29 points, 10 assists and seven boards. He hit a pair of clutch free throws late. Steven Adams had a double-double with 12 points and 17 rebounds. Two others, Serge Ibaka and Enes Kanter, had 12 points as well.

LaMarcus Aldridge had another monster game for the Spurs, with 41 points and eight rebounds. Kawhi Leonard added 14 points, but was limited by impressive defense from Andre Roberson. Manu Ginobili was the only other Spur to reach at least 10 points.