Why Thunder ranks last in NBA in offensive rebounding 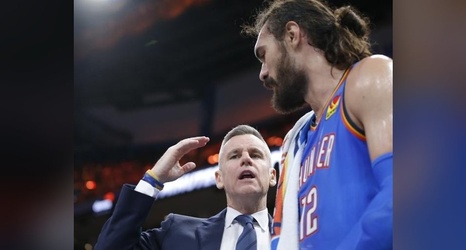 It was a routine play, but one that gave the Thunder a comfortable eight-point lead in the final minute of its eventual 107-104 win against the Pelicans on Sunday.

Recovering one’s own blocked shot isn’t the most elegant of offensive rebounds, but it counted just the same in a category where the Thunder lags well behind the rest of the league.

Oklahoma City ranks 30th, last in the NBA, in offensive rebounds per game (7.