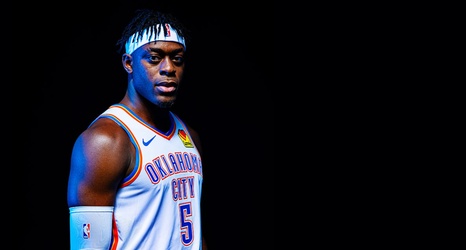 Luguentz “Lu” Dort sat in his locker, holding a blank piece of white paper after wrapping up a whirlwind 48 hours. He snatched a game-altering steal to help the Thunder win on Friday before playing 19 critical minutes in the team's 14-point win over Portland on Sunday.

Scratched in the middle of the paper was a faint “2.” He held up the paper and smiled proudly for a selfie that Thunder teammate Terrance Ferguson snapped celebrating Dort's first two NBA points, a playful homage to Wilt Chamberlain’s historic picture after his 100-point game in 1962. Coincidentally, the rookie two-way guard had also just played in only his second NBA game.