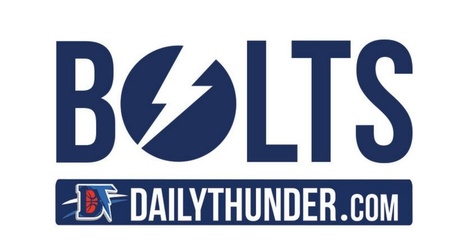 Brandon Rahbar’s Daily Thunder recaps are must-read material for Thunder fans, and his piece on last night’s OKC win over the Jazz is no exception. Tell your ma, tell your pa.

Shams Charania (The Athletic) reports that the Thunder could be taking back worse contracts in trades this season: “Rival teams tell The Athletic that they have been surprised about the Thunder’s willingness to absorb their unwanted salary in potential trades. Several teams have approached the Thunder early this trade season, and have noticed Oklahoma City is open to accepting the higher salaries that rivals want to move, including long-term deals.