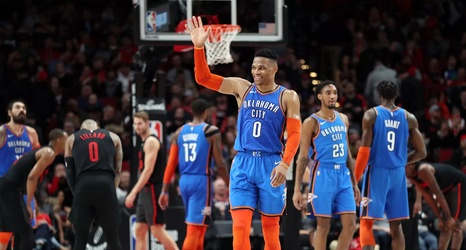 It took overtime, but the Oklahoma City Thunder completed a perfect 4-0 season sweep of the Portland Trail Blazers Thursday night, winning 129-121 in overtime despite 51 points from Damian Lillard. Lillard was the best player on the court, shooting 14-28 and dishing nine assists. The Thunder were able to neutralize his teammates, and that strong defensive effort and a combined 69 points from Russell Westbrook and Paul George were enough to give OKC the win

The Thunder nearly came up with the win in regulation.