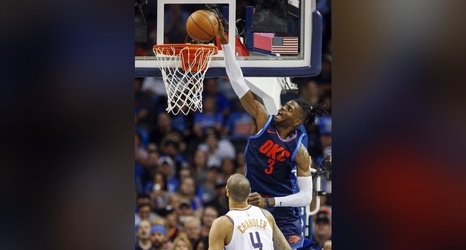 What started with confusion for the Thunder on Sunday ended with some answers on Day 2 of free agency.

The Thunder agreed to deals with center Nerlens Noel and wing Alec Burks, according to reports from ESPN’s Adrian Wojnarowski and Royce Young. The agreements help solidify a Thunder second unit which also agreed to terms with center/forward Mike Muscala in free agency on Sunday. Free agents cannot officially sign until Saturday.

Noel initially agreed to a deal with the Thunder on Sunday, but reportedly continued negotiations into Monday. On the heels of the Noel deal getting temporarily restarted, Muscala came to terms with the Thunder, with general manager Sam Presti reportedly in Minnesota to recruit the 6-foot-11, 220-pounder with a career 36.