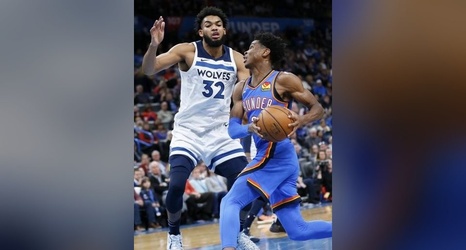 Shai Gilgeous-Alexander held his hand in the air as his 3-point jump shot fell through the basket to give the Thunder a comfortable lead in a 139-127 overtime win against the Timberwolves on Friday.

The Thunder guard entered Friday’s game on a 3-game streak of sub-40 percent shooting. The last time he had shot at least 50 percent from the field was Nov. 22 against the Lakers.

On Thursday, he said his shot hadn’t felt different during that slump.

“Besides the fact that it’s not going in as much as it used to,” Gilgeous-Alexander said with a smile.