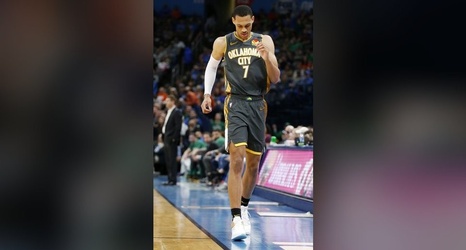 Bazley suffered the injury in the first quarter of the Thunder’s 112-111 loss to the Celtics Sunday. He was with what the team originally identified as a knee sprain. On Monday, the Thunder determined that Bazley had suffered a bone bruise. He will be re-evaluated in four to six weeks, the team announced.