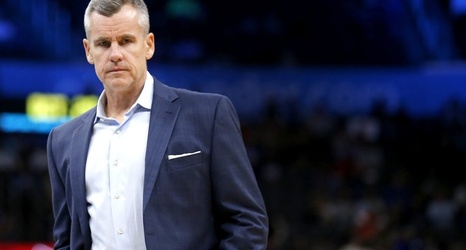 The floor at the University of Florida's Exactech Arena will soon be named Billy Donovan Court, the university announced Friday.

Donovan's 19 years on the Gator sidelines were the most successful in program history. Donovan led Florida to back-to-back national championships in 2006 and 2007. The Gators qualified for the NCAA Tournament 14 times under Donovan and reached four Final Fours.

The court's dedication is scheduled for Florida's Feb.