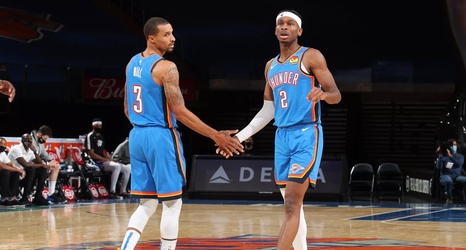 Point blank, this was an ugly basketball between two of the worst offensive teams in the league. Neither team really maintained any offensive rhythm for long periods of time and the final score does not reflect how slow the game’s pace was.

The fourth quarter did a good job at making the final score look prettier, but heading into the final 12 minutes, the score was at a lowly 69-63 Thunder lead.

This was Shai Gilgeous-Alexander’s best game since the season opener against the Hornets.