Thunder: Donnie Strack's path from Pacers ball boy to being at center of historic NBA night 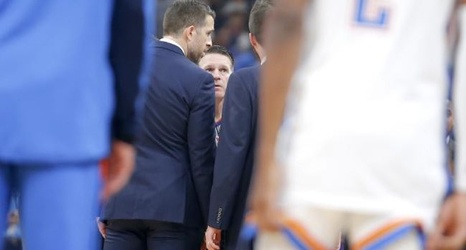 David Craig had the same first instruction for every Pacers ball boy he hired. Look up two words, the veteran trainer would say.

“He related to that terrifically,” Craig said of Donnie Strack.

It’s been almost 30 years since Strack penned a letter to Craig expressing his wishes of becoming a Pacers ball boy. Strack was only in the sixth grade, far younger than most ball boys, but he interviewed well and was given the job.

Now the Thunder’s vice president of human and player performance, it was Strack’s action on March 11 that abruptly delayed the Thunder-Jazz game.