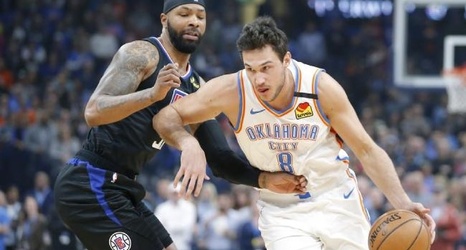 Doc Rivers described Shai Gilgeous-Alexander as a “different kid,” but the Clippers coach meant it as praise.

“You can coach him,” Rivers said. “You can get on him. He loves watching film. He loves working with the veterans. And he’s high character. I’ve always thought great young players, when they have high character and want to get better, they have a chance to be great. And Shai’s in that category.”

Gilgeous-Alexander scored 15 points Tuesday night in the Thunder’s 109-94 loss to the Clippers. He’s averaging almost nine points per game more as a second-year player than he did as a rookie.