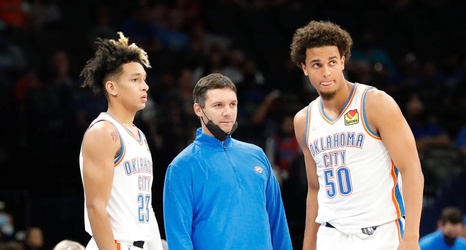 Shooting has never really been a strength of any Thunder roster over the course of the last ten years. It is not to say that the Thunder have not tried. I remember distinctly that Presti went out and got the likes of Doug McDermott and Anthony Morrow. The only issue is that these shooters went very cold in Oklahoma City.

This issue carried over into the Westbrook Era. Russell Westbrook was the Thunder’s offensive engine but he rarely played meaningful defense and could not be relied upon consistently on that end of the floor.

Presti attempted to mask Westbrook’s weakness by building a roster of hyper-athletic lengthy wings who could defend hard but had rather limited skill-sets.