Pressure on Pokusevski: It’s time to deliver on his promise 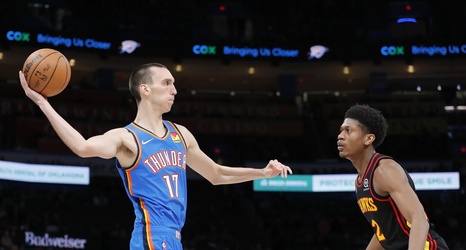 Aleksej Pokusevski has had a quiet summer and the memeworthy Serbian has almost disappeared into the background. Pokusevski played sparingly in Summer League and has not featured at all for Serbia in EuroBasket. He was prevented from attending the competition by the Thunder so that Aleksej could develop his game in the offseason.

All of this has contributed to Pokusevski being the Thunder’s international man of mystery. In an odd way, it is quite fitting for a player who is simply unlike anybody else in the NBA. Pokusevski has put on some weight but he still looks quite thin.