Paul George Says He Has 'Mechanical' Issue with Shooting Form 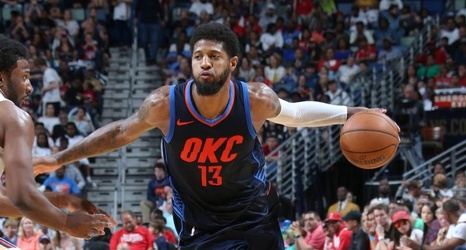 The Oklahoma City Thunder have been on a cold streak, and so has Paul George.

He discussed the problem after Tuesday's loss to the Golden State Warriors, via Royce Young of ESPN:

Paul George said he has something “mechanical” going on with his shot. “I don’t feel like myself shooting the ball right now.” https://t.co/f9hq83YGnA

"I gotta figure it out," George said. "Something mechanical in my shot. I've had struggles throughout the season and in my career shooting, but it's all just been not making shots.