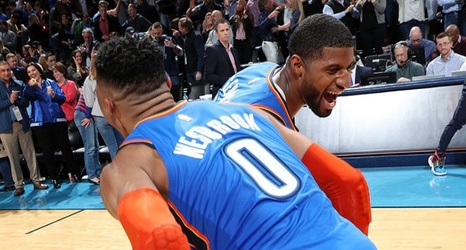 According to ESPN’s Adrian Wojnarowski, Paul George and Russell Westbrook both underwent successful surgeries on Tuesday. George is expected to miss training camp after a procedure to repair a torn rotator cuff in his right shoulder — and will also require surgery on his left shoulder “soon.”

Westbrook went under the knife to repair a torn ligament in a finger on his left hand. He also had his surgically-repaired right knee scoped, but is expected to resume off-season activities this summer.