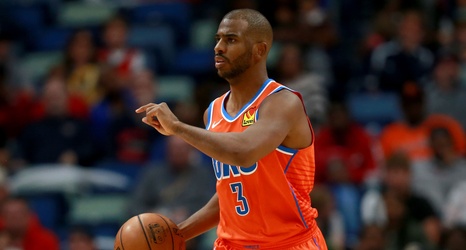 For the second time in as many meetings with the New Orleans Pelicans, the OKC Thunder pulled out the victory in clutch time.

This New Orleans Pelicans club is much better than there record and isn’t simply another lottery team the Thunder took advantage of. Every game the clubs played this season has offered an entertaining match that could’ve gone to either side.

Unlike the previous few outings, it was the Thunder who jumped to the early lead 33 to 29 and continued that effort through the second quarter conceding the frame 26-23.

As the teams exited the court at half time it was the Thunder who held the lead by a single point.