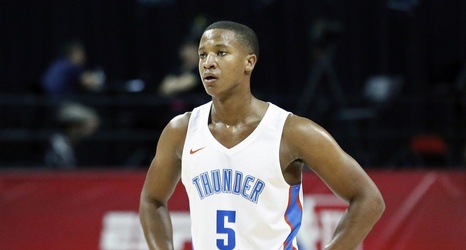 The OKC Thunder signed Kevin Hervey to a two-way deal. In order to do this, they had to waive two-way guard Devon Hall. This was a smart move by the Thunder and the reason is multidimensional.

Firstly, Hall has been with the varsity team most of the season. He has done very little, even when he was able to get on the court. Hall played five games, averaging 1.0 points and 0.6 assists per game. However, he has too much competition at guard and he has no obvious talent which puts him above any of the other players.