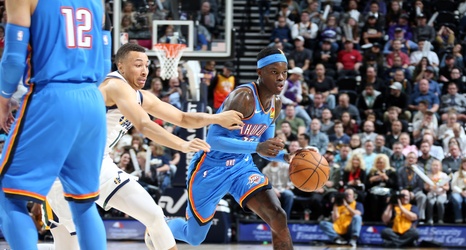 After a promising start to the road trip last night in Portland, the OKC Thunder one-upped themselves and won again tonight. On the second night of a difficult back-to-back, OKC used a suffocating defensive effort to topple the Jazz in Utah.

The first half was a back and forth affair with the teams trading multiple leads throughout. Utah was down starting guard Mike Conley and the Thunder were without Terrance Ferguson and Danilo Gallinari, so both teams were far from full strength.

As the teams felt each other out for the first half, Dennis Schroder and the Thunder bench started to get things going.