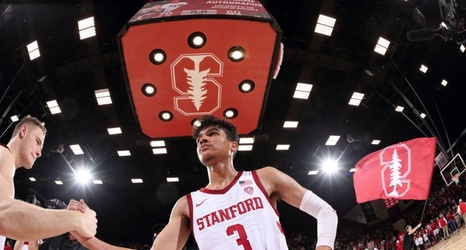 As part of the NBA Draft Combine, prospects are meeting with the media to answer questions via zoom video sessions. OKC Thunder and NBA fans got their first look at Tyrell Terry who was among the first group to participate offering insight into his character and abilities. The Stanford guard is experiencing a rise up the ladder following team interviews and is now expected to be taken at the end of the lottery or shortly after.