OKC Thunder: The OKC Blue are a balanced scoring unit 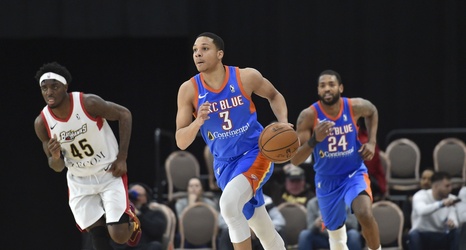 The OKC Blue has developed a very balanced team. Like the varsity squad the OKC Thunder, the Blue can count on multiple avenues to the bucket.

This makes them a very difficult team to defend. This did not help them against the Austin Spurs but it is going to be crucial as this team makes a push to get back to playoff contention.

Taking the Spurs game as an example, without Luguentz Dort and Justin Patton, the rest of the team had to step up, Six players made it into double figures on the night but the talent gap was just too great.