OKC Thunder: The difference between Devon Hall and Luguentz Dort for OKC Blue 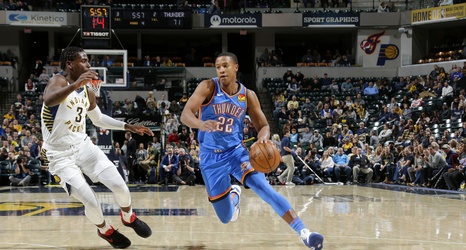 With Luguentz Dort being called up to the varsity squad, the OKC Thunder, and the team being hit by injury, the OKC Blue has been on a massive downward spiral. They have lost nine out of the last ten games and have slid to the lower end of the standings.

Now, due to the potential of trading Danilo Gallinari, and the lack of depth at the forward position, Kevin Hervey has been signed to a two-way contract. As a result, Devon Hall has lost his two-way contract and will spend the rest of the season with the OKC Blue.