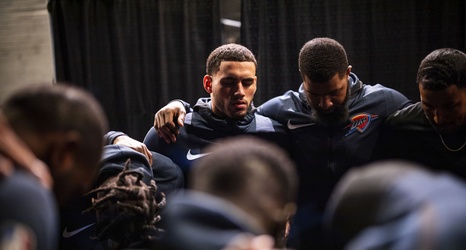 An offseason move to acquire former Boston Celtics wingman Abdel Nader was initially thought as a move to add an economical wing with future potential. The Egyptian arrived with little NBA varsity experience but boasted the 2016-17 NBA G-League Rookie of the Year title.

His start with the team was bumpy due to a slew of injuries. Nader underwent wrist surgery in the offseason to address a longstanding problem dating back to his high school days. Just as he returned from that situation he suffered an issue with his left knee. The specifics were never fully explained, rather the team who is typically mum on injuries cited “knee soreness”.