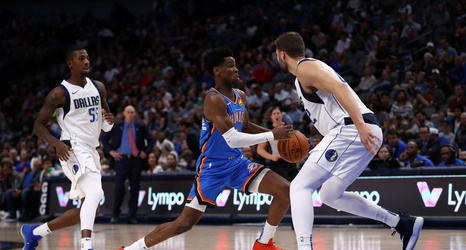 Although wins are nice, the preseason is more about collecting intel. The OKC Thunder achieved that goal tonight via an absolute drubbing by the Dallas Mavericks. In truth, the team had a fairly easy go through two games initially facing an undermanned Mavs team and the New Zealand Breakers in the second.

Coming into this match knowing several key OKC Thunder stars would sit while the Mavericks wunderkids returned to the hardwood the writing was on the wall. As it turned out Billy Donovan probably got more insights from this loss than he did from either of the wins about his young charges.