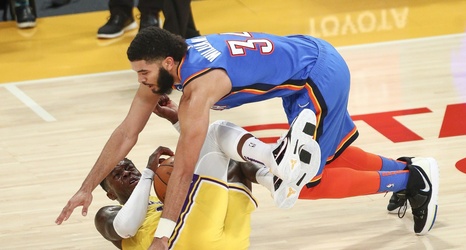 ‘Kenny Hustle’ is all the bustle in OKC… Before the OKC Thunder began the season, there could have been a poll taken around the OKC area asking about fan favorites, and it is highly possible that the name “Kenrich Williams” would not have come up one time in said conversation.

One of the all-time OKC Thunder fan favorites, Steven Adams, would have been at the top of the list undoubtedly. That is, until OKC General Manager, Sam Presti pulled the trigger on a four-team trade that sent Adams to New Orleans, bringing back a slew of players, including Williams, in on the deal.