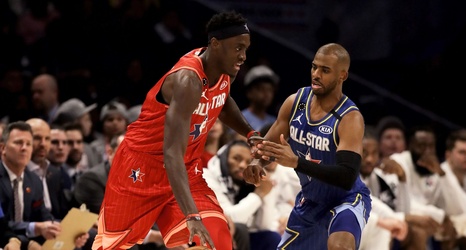 If OKC Thunder guard Chris Paul‘s social media platforms blow up with thank you notes from fans and players it shouldn’t surprise anyone. It was CP3 who placed a call to NBA Commissioner Adam Silver with the initial suggestion on how the All-Star game should be reformatted.

In that call, Paul detailed for the Commish how he was a fan of The Basketball Tournament which used the “Elam” method via a targeted score in the final frame. Several goals are accomplished in this format. Teams are forced to defend, not just run out shot clocks and because there is an established targeted “winning score” both teams are active offensively endeavoring to reach that score first.