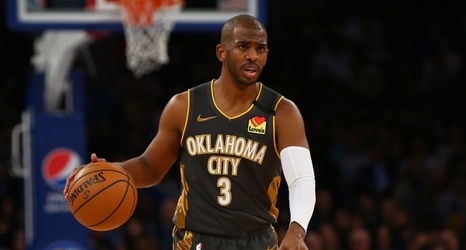 MARCH 06: Chris Paul #3 of the OKC Thunder in action against the New York Knicks at (Photo by Mike Stobe/Getty Images)

Each season the NBA hands out individual All-NBA hardware along with some specialized awards. For the 2019-20 campaign, several OKC Thunder players were in the running for these accolades with Dennis Schroder coming in second to LA Clippers Montrezl Harrell in the Sixth Man of the Year.

OKC Thunder point guard Chris Paul earned recognition in several categories with votes for Most Valuable Player and All-Defensive teams while he landed on the All-NBA second-team unit.