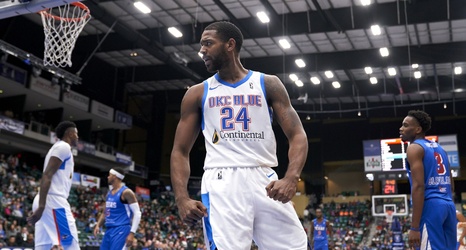 The OKC Blue started the season strongly. They had their full team with the exception of Markel Brown. They even had OKC Thunder center Justin Patton assigned to them.

Things started well defeating the South Bay Lakers before losing a close one to the Agua Caliente Clippers. Consecutive wins against the Westchester Knicks and the Rio Grande Valley Vipers had the Blue sitting second in the West with a 3-1 record.

Then the losing started, coinciding with the schedule getting tougher, the Blue started losing key players to injury.

Kevin Hervey had played really well at the start of the season but landed awkwardly in the game against the Knicks and has not played since.