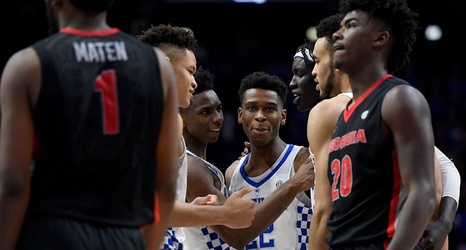 Lineage and history matter but embarking from a solid foundation and leaning on core fundamentals are the more crucial elements to long-term, sustained success.

That’s true of an NBA organization, but is also pertinent to players, and a sturdy presence is what the Thunder has in one of its youngest, most talented members of its family, which has been re-constituted this summer. In his second year, the Thunder’s 21-year-old, 6-foot-6 guard Shai Gilgeous-Alexander has the nature, the gifts in his family tree, along with the nurture – a steady guidance of two athletically-minded parents.

“A lot of my foundation is why I am who I am today,” Gilgeous-Alexander said in August in Oklahoma City after a workout and before a visit to the Oklahoma City National Memorial & Museum.