NBA Rumors: Thunder Tried to Trade Up for Evan Mobley in 2021 Draft 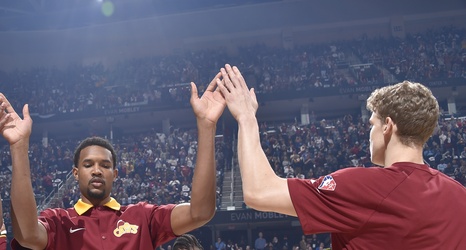 The Oklahoma City Thunder reportedly attempted to trade up in the 2021 NBA draft to select Evan Mobley.

"Last year they tried to move up, tried to get up to three for Evan Mobley. I think if the Thunder had the No. 1 pick last year, they would have taken Mobley. He was there at three; they could not pry him out of Cleveland.

"And I think Oklahoma City has learned, and most teams learn, like, every year they're going to say, there will be teams at one, two and three, and I'll say it because teams will tell me, 'Hey, we're going to see what the pick is worth in the marketplace.