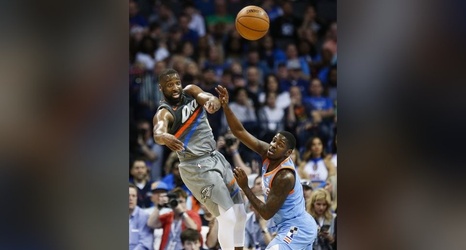 Working in shooting drills alongside Donte Grantham and Hamidou Diallo on Monday, there was an unmistakable new face at the Thunder’s facility.

Jawun Evans was claimed off waivers by the Thunder last week as a two-way player and the former Oklahoma State guard had his first taste of practice on Monday. Evans spent last week primarily with the Oklahoma City Blue in its final week of the season.

Evans was a standout in Stillwater, averaging averaging 16.6 points, 3.8 rebounds and 5.2 assists in 54 career games.

“It feels good to be back here,” Evans said.