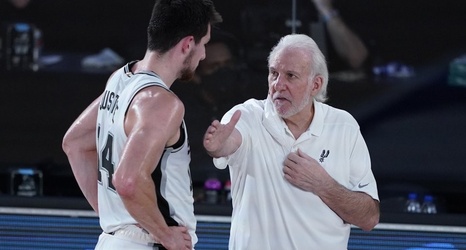 The fabulous Hubie Brown, known for his great game analysis on ESPN, retired as the Grizzlies’ coach in December 2004. He was 71 years and 69 days old on his final Memphis game. Popovich, who turned 71 in January, passed Brown’s age in April, and when San Antonio played its first bubble game last week, Popovich ascended to the top spot. He’s now 71 years and 192 days.

It’s remarkable that the NBA never has had a coach older; 71 doesn’t seem that ancient.