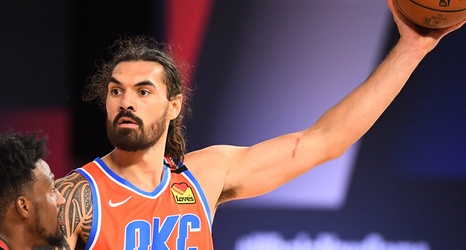 An inconsistent night for the Thunder on both ends of the floor gave Houston an open door to control the tempo of the game. In its first taste of Houston’s style of play, the Thunder was bested by the Rockets offense who knocked down 20 3-pointers and was led by a 37-point performance by James Harden.

The Thunder knew coming into its matchup with Houston that the Rockets would present a unique style of play that the squad hadn’t seen thus far in Orlando. With a lineup that features five players all 6-foot-8 or shorter, OKC knew this would be a different game than they’ve been used to.